A few months ago we told you about a new effort by Sega to bring back the cult strategy series Valkyria Chronicles. The first game came out on the PS3 and two sequels were released for the PSP (one of them did not make it Stateside due to low sales, sadly). Fans figured that was the end until this year, when Sega put out a remastered Valkyria Chronicles on PS4 (with a Steelbook case!) and even announced a new Valkyria series.

Titled Valkyria Revolution, it’s not going to be the same as the first three. Sega says it’s more of a spinoff, “set in an alternate timeline based on the European industrialization era and eschews the traditional turn-based strategy gameplay for a new hybrid of real-time combat and tactical strategy across battlefields.”

Now we can confirm Valkyria Revolution will be released in English, for multiple consoles — PS4, XBox One and….Vita! (Nice.) There is no specific release date, but it’s expected “in the spring.”

Valkyria Revolution shows how a single spark can ignite the inferno of war. Five lifelong friends consumed by personal revenge plunge an entire continent into a terrible war, sacrificing the lives of countless innocents for a cause based on twisted half-truths and outright lies. This “Circle of Five” use their combined political and military influence to motivate their small, economically blockaded homeland to rise up as a powerful resistance against imperialist oppressors. 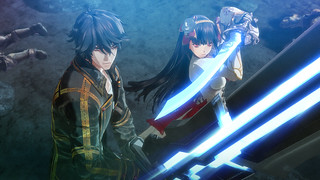 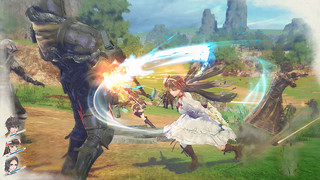 Will the Circle of Five be remembered as heroic liberators, or will their selfish motives expose them as traitorous conspirators who sacrificed untold lives just to carry out a personal vendetta?